Supports creating a new process of filling judicial vacancies that occur between judicial elections for state courts involving a commission selecting candidates, legislators narrowing the list of candidates down to two, and the governor selecting the final nominee.

The ballot measure would create a new process of filling judicial vacancies that occur between judicial elections for state courts. As of 2018, the governor fills vacant seats, and the appointee serves until the next judicial election.

The ballot measure would create a nine-member commission, called the Nonpartisan Judicial Merit Commission, to select potential appointees. Members of the commission would be appointed by the state legislature, governor, and supreme court chief justice. The process of how the appointments would be made would be set by statute.

The commission would refer a list of potential appointees to the state legislature, which would select two of the nominees. The governor would then pick one of the two nominees to fill the vacancy.

If the governor failed to make an appointment within 10 days after receiving the list of nominees from the legislature, the legislature would be empowered to elect, by a simple majority vote of each chamber, an appointee to fill the vacancy.

If a vacancy occurred while the legislature was not in session, the supreme court chief justice would be empowered to select an individual to fill the vacancy. 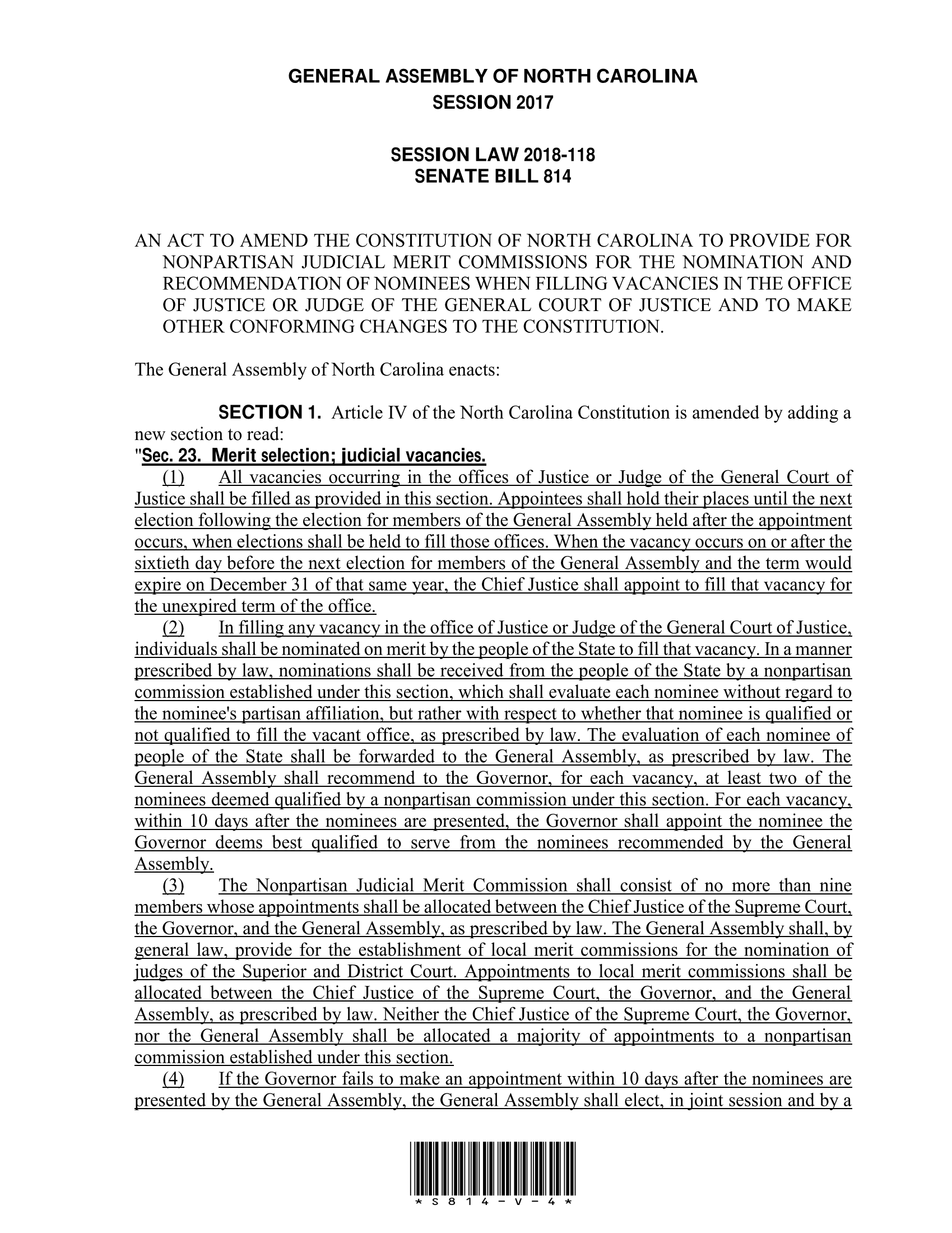 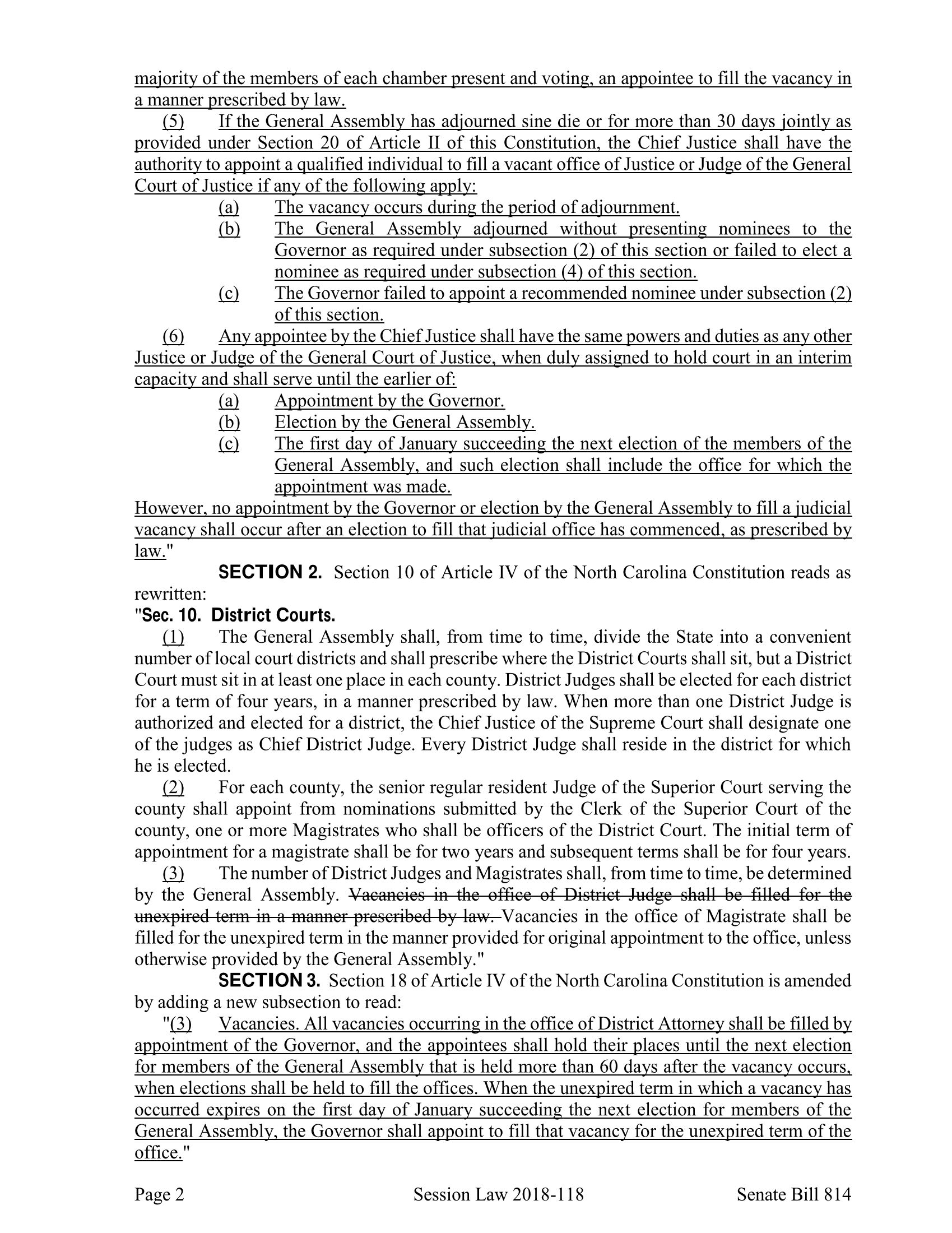 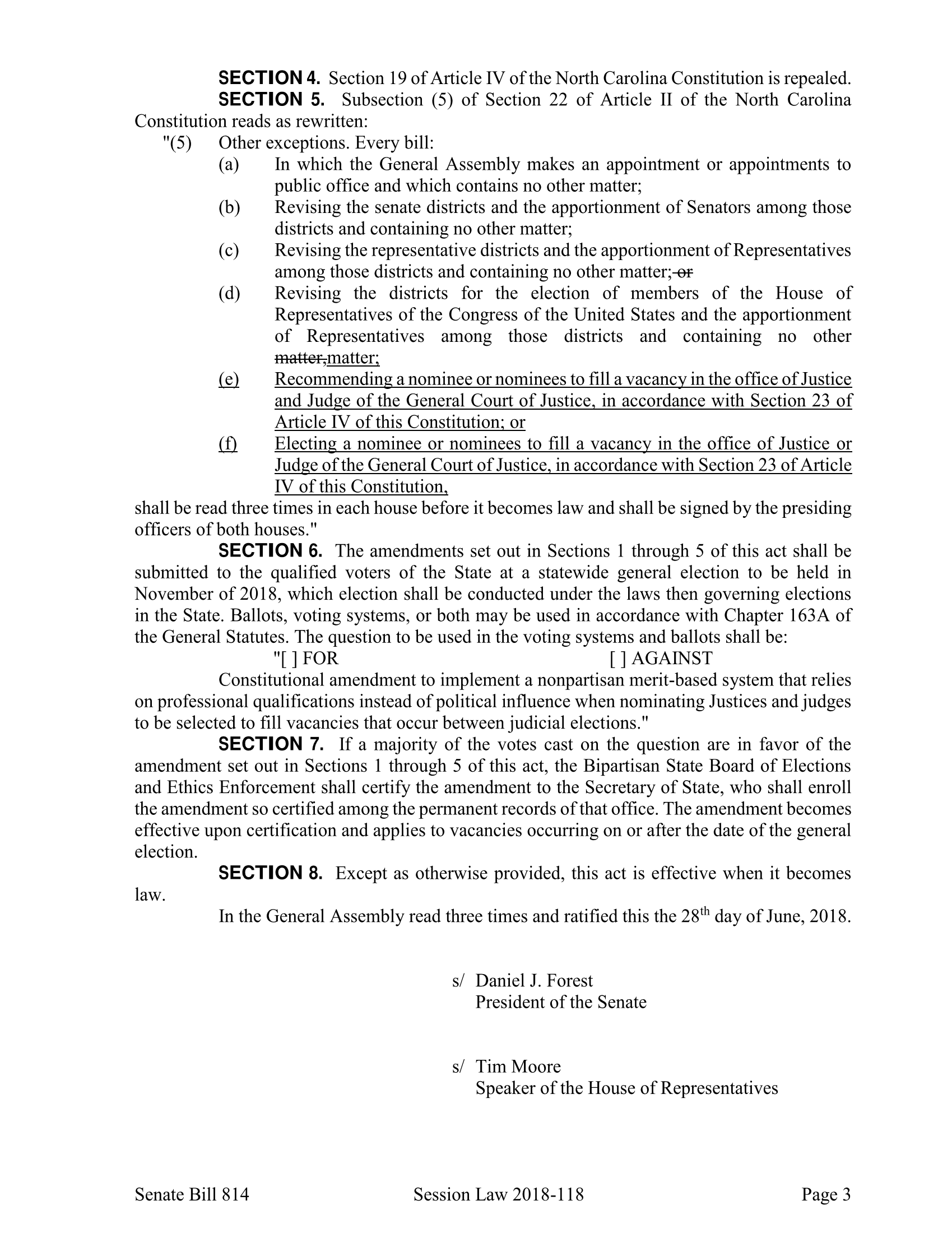