Supports amending Section 37 of Article I of the North Carolina Constitution, a section addressing the rights of crime victims, with a version of a Marsy's Law.

The amendment, known as a Marsy's Law would provide crime victims with specific rights, upon request, including: 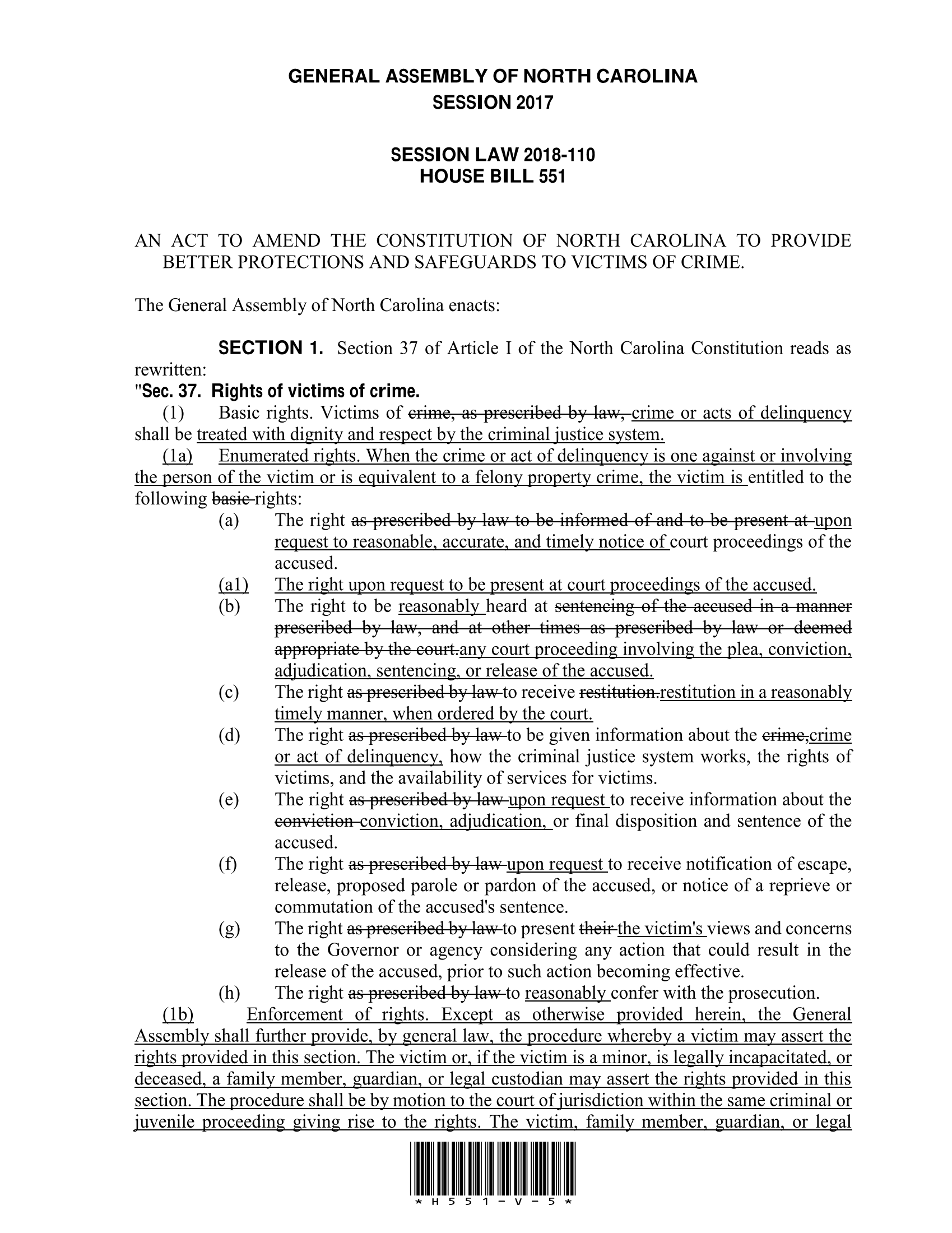 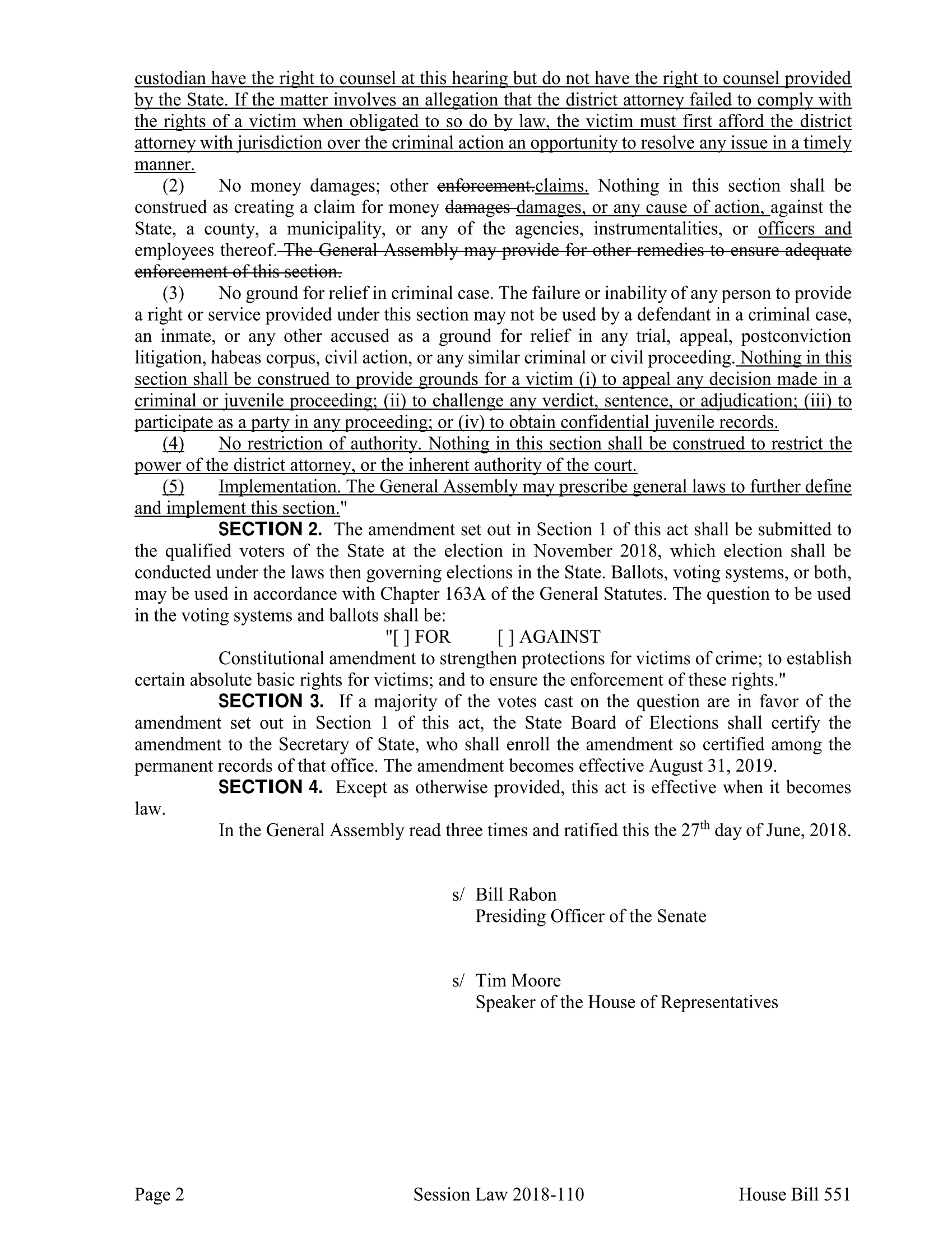