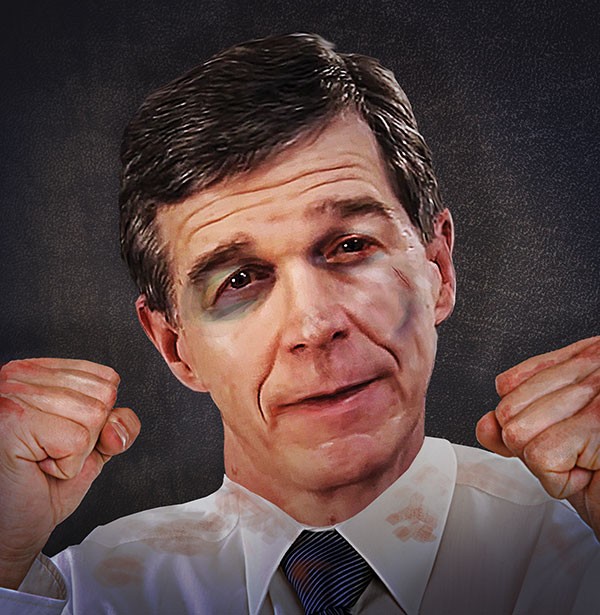 Is This Man a Friend of the State or is he Foe?

Minutes ago, Roy Cooper vetoed the changes to the State Board of Elections that was passed with overwhelming bipartisan support. Chairman Robin Hayes has released the following statement:

"This holiday season, a time when we should all be focused on faith and family, Governor Cooper vetoed a voter ID bill that was required by the state constitution after the amendment was passed by the citizens of North Carolina. Cooper added to his sense of Christmas spirit by suggesting the fifty-five percent of North Carolina citizens who approved voter ID were 'cynical' and had 'sinister,' racist intentions.

"Now Governor Cooper has vetoed a bill with overwhelming bipartisan support to re-establish a State Board of Elections, the Ethics Commission, and the entire set of laws that govern our elections. This compromise legislation, which involved negotiations with both sides for quite some time, was passed with eighty-percent support in the House and ninety-percent support in the Senate. Cooper's veto means North Carolina would have electoral chaos with no election board, no laws governing elections, and no ability to conduct said elections or hold elected officials to account for ethical lapses.

"This is why Governor Cooper's veto can not and will not stand. He has disrupted the holiday and family time of legislators for cynical politics that have no chance of succeeding."